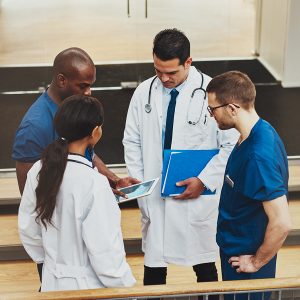 Many physician employers are converting to production-based compensation models. Consequently, it is important for new physicians to obtain guaranteed base salaries during their first few years of employment while they are building their practices.

Physicians should always ask whether there is an opportunity to obtain equity in the medical groups which hire them. Many medical groups provide such an opportunity for new physicians after two or three years. Importantly, the cost of the buy-in is critical especially to new physicians with student loans. Recognizing this problem, the trend today is for physician employers to have nominal buy-ins which are financed internally by the employers using pre-tax dollars.